A bit of historical center 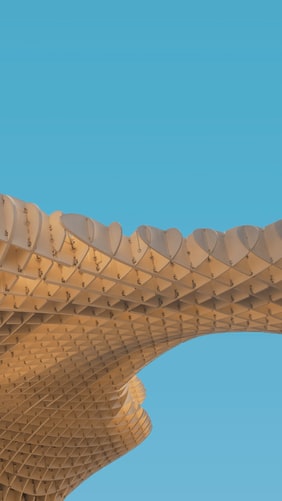 22/04/2020
Patio Hoteles
Seville has a historic quarter of almost 4 square kilometers in length. It is one of the largest in Europe. In it we can find some of the most outstanding monuments of the city. Many tourists travel from distant places to be able to enjoy them expressly.
The mix between palace houses or churches with other current constructions speak of the personality of this city. From our tourist apartments in the center of Seville we want to talk about the many attractions that the historic center of Seville contains. Starting with the Salvador church, also called the Chica Cathedral. It is built on the old Mosque of Seville, typical of the eighth century. It has a more than outstanding extension, being of baroque design. Inside it is worth noting the carvings by Martínez Montañés, whose sculpture is on the door of the church. It preserves the bell tower, where you can see the base of the old minaret and the Patio de los Naranjos.
Also noteworthy is the Metropol Parasol. It is a space also known as Las Setas. It is one of the key points of the city, becoming one of the most photographed scenes in the city. The construction of Jürgen Mayer has multiple awards, having in its lower part a quite attractive Roman museum. On the first floor there is a square where you can rest and take a breath. In turn, Las Setas offer unique views of the city of Seville.
It is also possible to visit the Casa de Pilatos, owned by the Dukes of Medinaceli. Own from the XV century, it is a clear example of the Seville of the Golden Age. Its name is given due to the fact that in 1520 one of the stations of penance of the Stations of the Cross was held in this place, thus being the origin of the current Holy Week of Sevilla. Given its extension in gardens and patios, this place has been the scene of filming such as The Kingdom of Heaven or Lawrence of Arabia.
In the Santa Cruz neighborhood it is possible to find the Hospital de los Venerables Sacerdotes in Seville. It is a 17th century baroque building devised by Leonardo de Figueroa. Currently, the Diego Velázquez Research Center is located inside. Organ concerts take place in his church, the building being used to show multiple cultural exhibitions. It should be noted that Murillo painted an Immaculate for this space, but it was later transferred to the Prado Museum in Madrid.
These are some of the buildings that are located near our tourist apartments in the center of Seville. From Patios de la Cartuja we want to encourage you to return to the city of Seville to get to know it in depth.