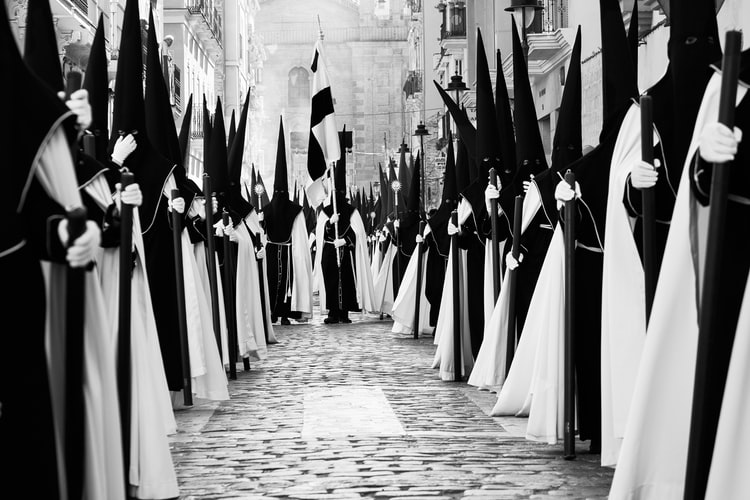 07/04/2020
Patio Hoteles
Despite being canceled this year, Holy Week in Seville is one of the main celebrations in the city. During these seven days, the passion, death and resurrection of Christ are worshiped.
From our tourist apartments in the center of Seville we want to remember some of the characteristics of these days full of passion. Such is its scope that in 1980 it was declared of International Tourist Interest. During these days the streets of the city of Seville begin to smell of incense, creating an atmosphere full of emotion and devotion.
The participation of citizens in this festivity is very common. Many of them follow it from within. Proof of them is the existence of 60 brotherhoods procession towards the cathedral of the city. To this we must add the 11 that do it without going through this magnificent place.
From Patio de la Cartuja we want to highlight some points such as the departure in procession of the brotherhood. This will be the most important cult abroad. However, it is very common that throughout the year others of an internal nature are produced, such as novenas, septenaries, quinaries or hand kissers.
The history of Holy Week in Seville is really long. Already in the Middle Ages there were some brotherhoods. But the truth is that they did not leave the chapels to make an expression of faith. However, once we get to the 16th century, the brotherhoods decide to go abroad to do penance season.
At first this celebration had little to do with the current one. The tour was to those churches or convents that were in nearby areas. However, in 1604 Fernando Niño de Guevara establishes regulations that would give rise to what is currently understood as this week. Thus, the brotherhoods began to pass as we have already mentioned for the Cathedral and those that belonged to Triana for the church of Santa Ana.
This celebration includes quite characteristic elements. Among them those who collect a musical accompaniment of the step. Therefore, there are music bands, musical groups, and cornet and drum bands. The so-called processional marches play, stopping at some points the procession for the singing of arrows. It is a song that has its origin in Andalusian folklore and is usually sung in the presence of the images. From our tourist apartments in the center of Seville you can enjoy some of the most outstanding brotherhoods in the vicinity. Among them the Brotherhood of Great Power or the Brotherhood of Hope Macarena.
Come one year to experience Seville's Holy Week in first person and discover one of the most important celebrations of the Seville spring.