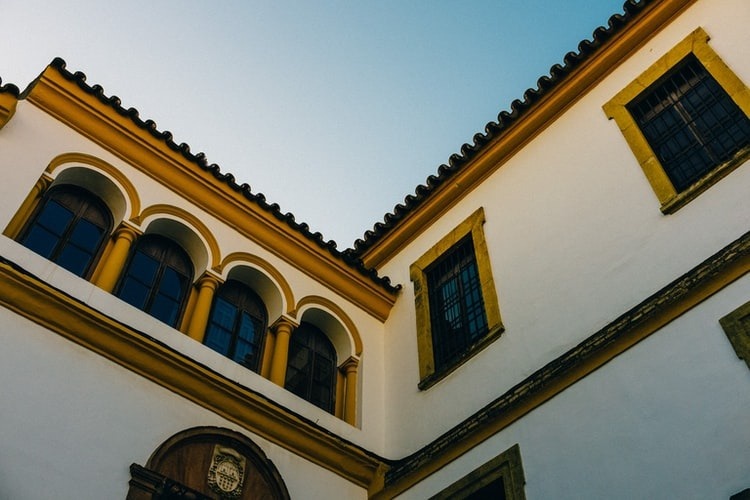 06/07/2020
Patio Hoteles
Seville's Macarena neighborhood is one of the most famous in the city. Characterized by having its own distinctive features that have endured despite the passage of time, this area of the city has a large number of elements of interest for all those who spend a few days in the capital of Seville.

From Patios de la Cartuja we encourage you to get to know some of the jewels that it has. One of the curiosities of the area is that the neighborhood does not receive the name in honor of the virgin Esperanza Macarena, but quite the opposite. Historians point out that the name could come from Macaria, daughter of Hercules. Being one of the possibilities that are considered when studying the area.

If you are staying in our tourist apartments in the center of Seville, you will have no problem being able to walk around the area and discover it in depth. In this way, it will be very easy to access some of the most visited monuments in the city.

Hospital of the Five Wounds
At first the objective of this place was exclusively sanitary. But in 1750 it began to be used as a hospice. Among the health problems the hospital has had to face is the plague epidemic that swept through the city. Currently its use is completely different, since it is the Parliament of Andalusia. During the visit you will learn a little more about the history of the city and the autonomous community.

Basilica of the Macarena
It is located a few meters from the Parliament of Andalusia. It is the headquarters of the Brotherhood of Hope Macarena and an almost obligatory stop for those who pass through the area. The monument is the work of Aurelio Gómez Milán. Being a temple declared by Pope Paul VI as a Minor Basilica. During Easter it is one of the most important places, being the usual traffic of tourists who want to live this week in all its splendor.

Macarena Gate
It is right next to the basilica. Of the accesses that the old wall of Seville had, only this door, the Door of Córdoba and the Oil Postigo can be seen. In the case of this gate, it originates from an extension that Ali ibn Yusuf carried out on the wall during the 12th century. However, you may wonder why it has a totally different look. The reason is that a remodeling took place in which classic features were included.

Saint Louis of the French
This church is one of the largest samples of baroque art in the city. The land where it is located was ceded by Lucía de Medina to the Compañía de Jesús with the aim that the place would pay tribute to San Luis and she would be buried in the Main Chapel. Among the legends that run through its corridors are many that have as a central element a large number of ghosts and stories that are difficult to explain.

Church of Santa Marina
This monument is one of the most surprising. It is one of the oldest Mudejar Gothic churches in all of Seville. It dates from approximately the beginning of the XV century, suffering throughout history some incidents such as the Lisbon earthquake of 1755 or the fire of 1864. The latter caused the church to be inaccessible for five years. Currently it can be visited during your tour of the Macarena neighborhood.