The Medieval Castles of the Seville province 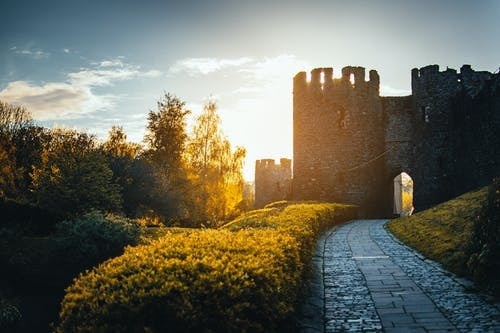 29/06/2020
Patio Hoteles
Castles are one of the main attractions of any place. In Patios de la Cartuja we want to discover some of the great constructions that take place in the province of Seville. There are many towns that have this type of location that in the past was dedicated to defending the place and housing those who ran the area.

The first stop will be the Castle of Alcalá de Guadaíra. It is one of the largest fortresses in the entire province, located in Cerro del Castillo. It represents the sum of buildings typical of the 12th, 13th and 14th centuries. It is freely accessible and has an enclosure surrounded by walls of the old medieval town. Dare to meet him.

In turn, it is also possible to enjoy the Castillo de Marchenilla in the municipality of Alcalá. It is a walled fortress typical of the late thirteenth century, created due to the Benimerin raids. It is located in the Los Alcores escarpment. It is currently privately owned, declared a National Monument.

But if you want to take a walk on foot, we recommend the Morón de la Frontera Castle. Used as a residence for nobles, it was built in the 11th century when the town became part of the Taifa kingdom. It is arranged on the hill of the town, so you can have a good day while getting to know a little more about the town.

In turn, the Castle of Molares has several restorations so that it can currently continue to be enjoyed facing the public. On the premises it is possible to find a flamenco club, the municipal library, a restaurant and several neighboring houses. Those who are not from the locality must pay two euros to visit it.

From our tourist apartments in the center of Seville it is possible to move to the different towns that have this type of construction. Being the Alcázar de Estepa one of the most beautiful. This Muslim-era fortress is located on the Cerro de San Cristóbal, the highest point in the area. As a curiosity, we must highlight its triangular shape, being an event to be able to walk through it. In the case of the Monclava Castle, it has undergone numerous renovations to adapt it to the present day. Its origin dates from the fifteenth century, and is currently used as a hall for weddings and celebrations of various kinds. It is located in Fuentes de Andalucía, within the Écija region. It is one of the key monuments of the city's own heritage.

Carmona is one of the places where you have to stop if you want to know vestiges of the Middle Ages. In this town you will find a large amount of heritage that will amaze you. Among the monuments is the Alcazar of the Puerta de Sevilla. This takes place over an old gate in the city wall. It underwent some changes during the XIV and XV centuries, with the construction of the Torre del Oro, where you can see the best views of the place. The Patio de los Aljibes or the Torre del Homenaje was also created.

Finally, the Castillo de Aguzaderas is located in El Coronil. This town has multiple elements that make it really beautiful. The fortification is located about 3 kilometers from the town center of the municipality, being a must if you pass through it. Of Arab origin, it has undergone modifications during the XV and XVI centuries, being an example of Andalusia's own military medieval architecture.

The possibilities offered by the Seville province are multiple. From our tourist apartments in the center of Seville we want to encourage you to take a tour of the different fortified areas in the area. Learn a little more about the history of the place and get to know some of the cultural highlights.